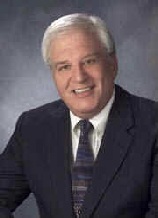 I am a graduate of the City University of New York, with a B.S. Degree in Chemistry. My experience in the Swimming Pool and Hot Tub Industry goes back over forty years.

During this period, I have helped tens of thousands of consumers and dealers solve all weather pool and hot tub water chemistry and water quality problems.

A variety of products can be used to sanitize a hot tub, individually or in conjunction with other sanitizers or water purifiers.

There are advantages and shortcomings, that should be considered, before making a final choice.

Attention must be paid to the water chemistry, as it can determine the effectiveness of a sanitizer, the odor and clarity of the water and how clean the spa surfaces remain, over time.  In other words, you have to pay attention to the sanitizer level, the water chemistry and the filtration, in order to get the optimum results, that every hot tub owner wants and expects.

Chlorine is a popular sanitizer and most people are familiar with its use in pools.

There are numerous forms of chlorine, that can be used, including granular, tableted and liquid products.

These traditional forms of chlorine, require various amounts of measuring out, handling and storage, as well as exercising due caution, given they are hazardous materials.

Not all chlorine products are recommended, for use in hot tubs, because of the potential for the buildup of unwanted by products, the rate of tablet dissolution and their effects on the pH and water chemistry.

They eliminate or greatly reduce the need to handle, measure and store traditional chlorine products and provide a high degree of automation and convenience, not seen before.  As their use became more popular and accepted, it followed that smaller units would be designed for use in hot tubs and swim spas.

The devices work by electrolytically converting salt, added to the hot tubs or swim spa water, into chlorine, as it passes over titanium electrode plates, coated with precious metals, from the platinum family of elements.

Salt must be added to the water prior to start up, as directed.

Thereafter, salt need only be added, after each refill, or to replace that lost due to splash out, pump outs or backwashing.  The amount of salt required is usually relatively small at 2500-4000 PPM, depending upon the brand of salt chlorine generator.

This level is not enough to taste and is about the same amount found in a human tear.  On a day to day basis, the salt level remains relatively constant.

Today, most salt chlorine generators have a built-in monitor, for measuring the salt level, so that an optimum level can be maintained.

Electronic salt testers are available, should there be the need to confirm any test results.

Salt chlorine generators produce Free Chlorine and destroy odorous and irritating chloramines, as the water passes over the salt-cell plates. Chlorine production is regulated by the controller setting and the equipment operates, in conjunction with a timer controller. Properly used, there is a reduced sensation of chlorine being present.

A major advantage of salt chlorine generators is that you can increase or decrease the amount of chlorine produced, by changing the output setting or by increasing or decreasing the number of operating hours.  This provides better control and eliminates the handling, measuring and storage of chlorine products.

Some newer models feature Chlorine Detection Technology, which monitors the free chlorine level, and only produces chlorine, when it is actually needed.

Chlorine is measured in three ways:

Combined Chlorine is the odorous, irritating and ineffective form.

Total Chlorine is the sum of the free and combined.

Combined chlorine forms, when free chlorine reacts with nitrogenous wastes, such as urine and forms chloramines.

For each 1 PPM of combined chlorine present, it will take 10 PPM of new free chlorine, to destroy it and restore optimum conditions.  With most salt chlorine generators, all you have to do is set it at shock mode, to start eliminating the combined chlorine.

Alternately, you could add some traditional, quick-dissolving chlorine products.  However, if you choose to add sodium dichlor, you’re adding cyanuric acid, which can build up over time.  Calcium hypochlorite and liquid chlorine are not recommended for use in spas.

Non-Chlorine shock, Potassium Monopersulfate, can be used, but care should be taken to make sure the pH does not drop.

The use of a salt chlorine generator does make treatment easier and adds no unwanted by products, to the water.  The salt that was converted to chlorine reverts back to salt, after it has oxidized the wastes and chloramines.   On a regular daily basis, using a reliable tester, you should test for Free Chlorine, Total Chlorine and pH.  Test the Total Alkalinity on a weekly basis and the Calcium Hardness on a monthly basis.

You should consider testing the free and total chlorine, before and after each use, just to better understand what your hot tub and usage pattern requires, in terms of chlorine output.

A visible loss of water clarity or the development of a slimy feel, on the underwater surfaces, is usually and indication of inadequate sanitation, required an increase in chlorine requirements.  Regular water testing helps you stay ahead of potential problems.

Using traditional forms of chlorine adds byproducts and plays havoc with the water chemistry, in different ways, depending on the products used.

A salt chlorine generator only causes the pH to rise.  This is predictable and requires regular additions of pH reducer or acid.

How much is required will depend on the chlorine output.  Because the pH is always trending up, heater corrosion, due to low pH becomes unlikely.

Instead of adding chlorine or another sanitizer every day, a salt chlorine generator is timer or sensor controlled and does it automatically.  It simplifies the sanitizing, even when away on a vacation.

Some advanced models use an ORP (Oxidation-Reduction Potential) sensor, to detect the presence of chlorine and will only produce chlorine, when it is actually needed, so you’ll never over-chlorinate again.  Without the ORP sensor, chlorine output must be controlled, both by the output setting and/or the timer.  Those odorous and irritating chloramines are virtually eliminated, as water passes through the in-line salt cell.

The water will look, feel and smell better.

Add the small required amount of salt, choose a suitable output setting, on the controller and turn it on.  This about as easy as it gets.  Water chemistry should be easier to control, because it will become more predictable.  Add acid or pH reducer to keep the pH at 7.2-7.8.  Monitor the Total Alkalinity and add sodium bicarbonate to raise, as needed.  Raise the calcium hardness to 200-250 PPM.

This will help reduce corrosive tendencies and help suppress foam formation.  If the hot tubs or swim spas is covered, no cyanuric acid is required.  If uncovered and left to exposure to the Sun, add 50-80 PPM of cyanuric acid chlorine stabilizer, in order to protect against the Sun’s UV rays.

Water replacement, to eliminate the myriad of residues added through bather use, is recommended every 3 months, for residential hot tubs.

Salt chlorine generators do not require a lot of maintenance.  Salt cells have to be clean and free of scale deposits, in order to perform efficiently.

Most salt chlorine generators use polarity-reversal, in order to keep the salt cell plates free of calcium scale deposits.  Should cleaning be required, the plates can simply be soaked in a 50-50 mixture of water and vinegar.

This is usually only necessary, after visual inspection, or in high calcium hardness situations.

There are other options for sanitizing a hot tubs or swim spas, such as Ozone Generators, Ultraviolet Sterilizers and Mineral Purifiers.

None of them are true stand-alone hot tub sanitizing systems, as is a salt chlorine generator, which both sanitizes and oxidizes.

An ozone generator cannot be used alone, as it is not a recognized hot tub sanitizer and the ozone only remains in the water, for very short periods of time.  Ozone is frequently used with chlorine, for better results.  Ultraviolet Sterilizers kill virtually everything passing through the cell, but do not oxidize wastes or kill anything growing in the hot tub.

Mineral purifiers can help sanitize, but do not perform the necessary oxidizer function.  In most cases, these products are used with chlorine or bromine.  Ozonators, UV Sterilizers and Mineral Purifiers can all be used with salt chlorine generators, providing backup sanitation and reducing overall chemical usage.

These alternative products help reduce the amount of chlorine, required to maintain any given level.  By reducing the chlorine output, the life of the salt cell is extended and pH control becomes easier.

So why should you invest in a salt chlorine generator?  Firstly, they don’t cost a fortune and the replaceable salt cells can last for years, depending on the length of the season and the manufacturer.

A salt chlorine generator will simplify control of the chlorine level, produce less odor and produce better results, by eliminating some of the negative aspects of traditional chlorine products.  You won’t have to handle, measure or store chlorine products, which is a plus in terms of safety.

A salt chlorine generator does not contribute byproducts, that lead to buildup problems.  You’ll be adding fewer types of chemicals, so there should be less of an issue with chemical sensitivity.

Having a salt chlorine generator will help pay for its purchase, because of reduced chemical usage and fewer problems.

A salt chlorine generator is a complete water sanitizing system and can help you to more fully enjoy the hot water experience!!!